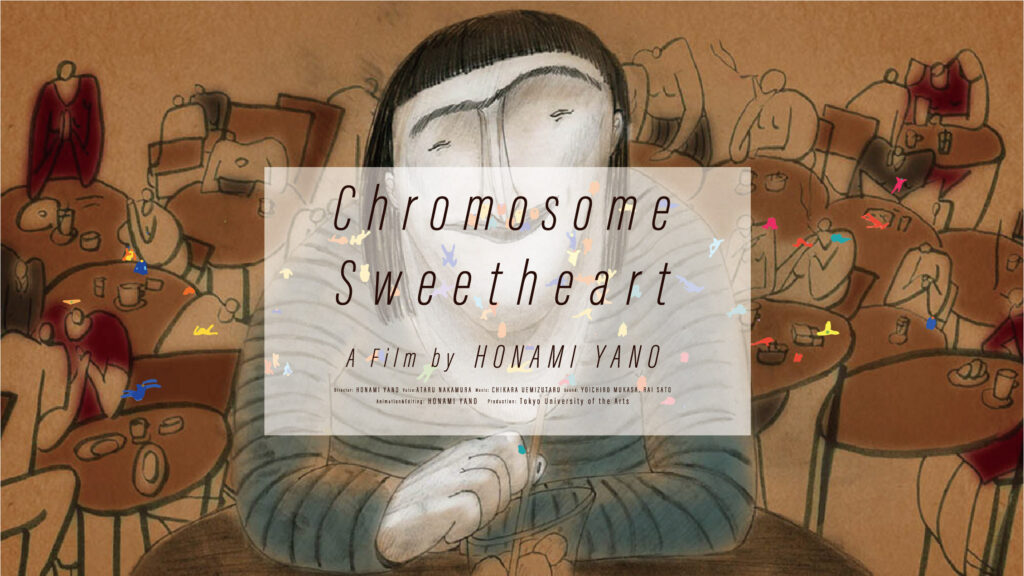 An ex-couple in a café, a girl sucking on her girlfriend’s hair,
a running woman, a fleeing town, a little girl walking along the river.
In this world, there are as many forms of love as there are people.

When I was a high school student, to me the shape of human chromosomes looked like wriggling people. It amazed me that biological gender and personal data are recorded in these tiny, human-looking molecules, and that they are self-determining even though they have no will.

From there, my imagination led me to a film featuring an ensemble cast comprised of these microscopic chromosomes but each depicted as independent human beings. In it, I wanted my queer will to be the intervening medium.

My aim was to portray small groups of people in very short sequences, and then create a bigger story by connecting the smaller ones – I thought that structure would be the same as chromosomes. At the time of production, I had uncertainties and perplexities about my life, so in a way I wanted to create this work to confront myself and the queer identity. 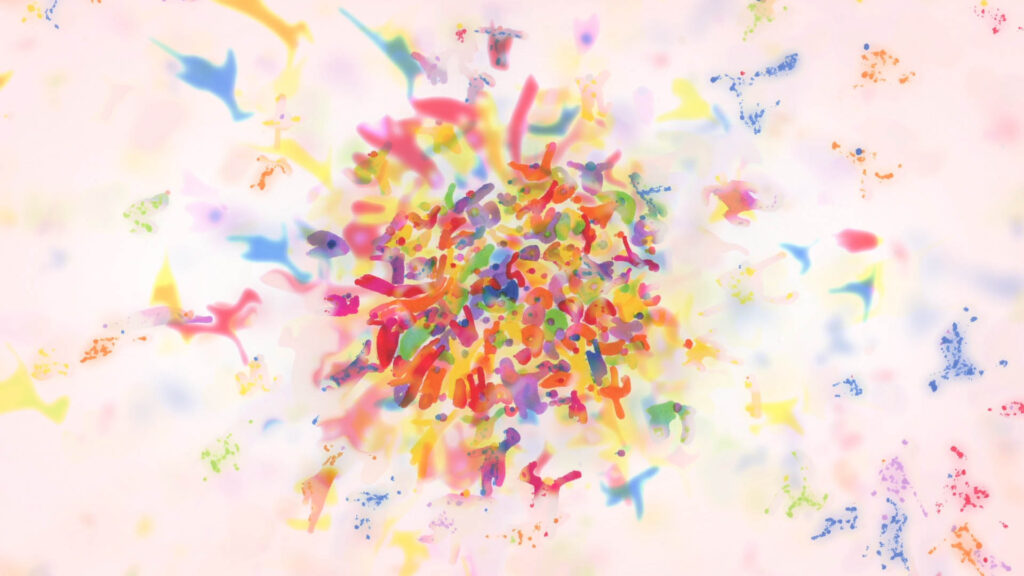